...there was a girl who worked at a coffee shop. One day several years ago, a boy walked in to use the free Wi-Fi and drink some espresso. After a few visits, they struck up some casual conversation. She learned that he worked for the local newspaper and that they had a mutual love for travel.

The girl soon realized she was looking forward to these visits. As was the boy. He considered asking her out a few times, but never quite had the courage.

One day, the two shared stories about some upcoming trips they had planned—hers to the Baltic Sea for a family vacation, his to Europe for a whirlwind two-month adventure.

What the girl didn't know was that the boy had quit his job in her small town and when he returned from his adventure, he moved two towns away.

More than a year went by, life moved along.

Then, on December 14, 2011, in that very same coffee shop, the girl happened to be working an unusual night shift. That evening, the boy walked back into the coffee shop. The girl greeted him and they chatted for a bit before the boy took a seat.

When closing time grew near, the boy returned to the cash register and asked the girl if she would like to have dinner sometime. She replied yes and the boy wrote his phone number on a yellow sticky note.

Two days later, they had their first date. Four months after that, they said the words “I love you” for the first time. A little more than a year later, they traveled to Africa together. On March 1, 2014, Brian asked Elisa to be his wife. And on September 26, they will be married.

And they’ll live happily ever after.

Reception:
After the ceremony, there will be a cocktail hour followed by a plated dinner and reception. Dress is formal attire.

The future Mr. and Mrs. Olson are registered at The Honeyfund (for their honeymoon in Aruba), Bed Bath & Beyond (for kitchen and house wares), and Macy’s (for fine china and house wares).

Great friends take time out of their lives to get fitted for suits or dresses. They plan parties in honor of the people they love. They take time off of work to ensure their friends have a great wedding. These people are great friends, and Brian and Elisa are happy to share their special day with them. 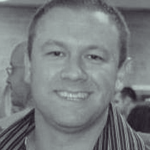 Daniel—or Dan as he’s sometimes referred to—has been Brian’s brother since 1985. The two grew up playing soccer, football, baseball, and basketball against each other on the streets, in the backyard, and in their parents’ hallway. Daniel may have been better than Brian at some of these sports, but Brian will never admit that. Today, Daniel lives in East Bremerton. 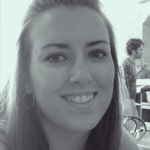 Ashley and Elisa met in kindergarten and soon bonded over stickers and their mutual love of killer whales. While attending Western Washington University, Ashley and Elisa lived together and spent most of their time eating Pasta Roni, creating scrapbooks, and having Disney movie nights. Today, Ashley lives in Kingston with her husband Patrick and their two sons Kaiden and Sawyer. Ashley's favorite Disney movie is Finding Nemo. 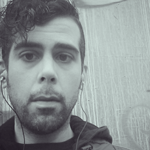 Nathan and Brian have been close friends since they were in first grade. Despite living in Portland for most of his adult life, he and Brian have managed to attend concerts and music festivals together from Seattle to San Francisco and everywhere in between. Today Nathan lives and works in Seattle. 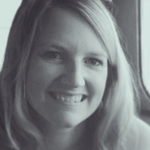 As far as Elisa is concerned, the best thing her brother Joe ever did was marry Carly. Carly and Elisa became close friends as soon as they met. And in 2006, they became sisters. Carly and Elisa spend a lot of time together shopping, baking, crafting, and giggling, usually with a glass of wine in hand. Today, Carly lives with Joe and their two sons, the cutest little ring bearers, Callen and Soren. Carly's favorite Disney movie is Brave. 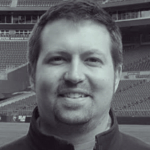 Jon and Brian became friends in first grade and have stayed close ever since. The two lived together while attending the University of Washington, where Brian would edit Jon’s term papers. Today, Jon lives in Tacoma with his wife Sondra, and does Brian’s taxes for free every year. 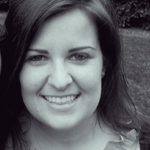 Katy and Elisa became cousins when Katy was six months old. They’ve been each other's person ever since. Katy and Elisa have shared a lifetime of memories, including sharing a wedding year, playing Barbies, and being teammates in soccer, tee-ball and basketball. Through it all, they have never stopped singing Reba duets. Today, Katy lives in Arlington with her husband Matt and three cats. Katy's favorite Disney movie is Aladdin. 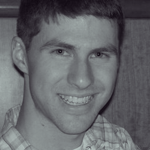 Although Aaron and Brian were in school together for most of their childhood, they didn’t become close until they were roommates at UW. There, they would occasionally dress up in kilts and blue paint and yell “Freedom!” Aaron lives in Bremerton with his wife Lacey and their sons Easton and Eli. 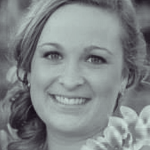 Sally has been Elisa's cousin since 1987. They grew up together, spending summers having sleepovers and creating an intricate game of “Town” with Sally's sister Katy. Elisa was the mayor and Sally ran the donut shop. Today, Sally lives in Spokane with her husband Dan and still enjoys donuts. Sally's favorite Disney movie is The Jungle Book. 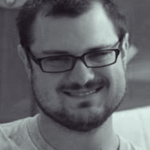 Growing up, Brian knew Chad as the little brother of his friend Randy. But as adults, Brian and Chad have bonded over their mutual love for the Seahawks, fantasy football, and the original three seasons of Family Guy. Chad lives in Bremerton with his wife Emma and their children Gracie and Ethan. 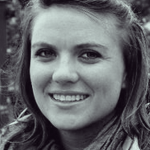 Nicole and Elisa have been travel buddies since they were babies. In the early days, they spent many summers camping with their families. More recently, they have traveled everywhere from Hawaii to Budapest, Amsterdam, Copenhagen, and St. Petersburg. During one of their travels, Elisa was given the right to name Nicole's firstborn son. He will be named Igor. Today, Nicole lives in West Seattle with her boyfriend Jeff. Nicole's favorite Disney movie is Aladdin. 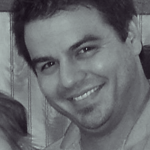 Randy and Brian were introduced by their mutual friend, Jon Rodman, in junior high. They used to enjoy playing flag football against each other, but that was before they both got old and slow. Today they opt for fantasy football instead. Randy lives in Silverdale with his wife Tracie and their children Kayson and Alora. 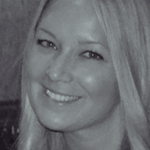 Elisa became friends with Jessica while watching the movie Mean Girls when they were seniors at North Kitsap High School. They became close the summer after graduation, spending time at the casino playing Jackpot Party and eating Cheesy Gordita Crunches from Taco Bell. Today, Jessica lives really close to Disneyland in sunny California. Her favorite Disney movie is The Little Mermaid. 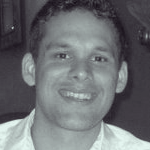 Joel—or Joe as his family calls him—has been Elisa’s brother since he was five and a half years old. Growing up, Joe often made time for his kid sister by planning brother-sister days. The highlight of Elisa's junior high days was when Joe would drop her off at school in his 1963 GMC truck, James. In the fall, you will often find Brian and Joe cheering on their beloved Seahawks. Go Hawks! Today, Joe lives in Poulsbo with his wife Carly and two boys, Callen and Soren. 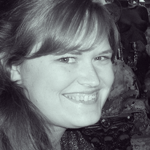 On June 8th of this year, Tamara became Elisa's sister when she married Elisa's brother Marcus. Elisa knew Marcus had a keeper when she looked down and noticed that she and Tamara had the same pair of Born ballet flats. Since then, they've had many near misses with matching at family get-togethers. Today, Tamara lives in Yakima with Marcus. Her favorite Disney movie is Alice in Wonderland if The Muppets and Star Wars don't count. 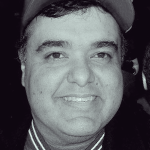 Marcus—or Toon as he’s known among his family—has been Elisa’s brother since he was eight years old. Even though there are several years between Elisa and Toon, they have always been close. Some of Elisa's favorite memories with Toon are of visiting him in Yakima. One time they drove to Pullman for a Washington State football game. On the drive, they sang along to tons of classic songs and Toon shared his music history knowledge. Brian and Toon share a love of trivia and have been known to carry many pub quiz teams to victory. Today, Toon lives in Yakima with his wife Tamara and their dog Doug. 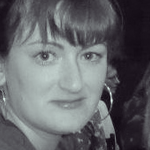 Cathy has been Brian’s sister since she was two years old. As children, she would sometimes dress Brian in goofy outfits, occasionally putting a washcloth on his head and calling him Beret Man. Today Cathy lives in Bremerton and supports Elisa’s Stella & Dot jewelry sales by rockin’ the Somervell necklace as a headband. Her favorite Disney movie is Aladdin. 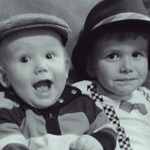 You might be wondering, "Who are those adorable little ring bearers?" Four-year-old Callen and 18-month-old Soren are Elisa's nephews. Callen loves to go over to his auntie's house and have marathon movie nights and bake cookies. When asked what his favorite Disney movie is, Callen simply replied, "all of them." 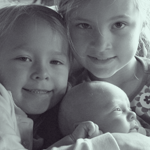 Cute kids run in the family. Madeline (or Maddie), Josephine (or Jo), and Serafina (or Sera) are Elisa's youngest cousins. These blonde little cuties are always full of energy and willing to help out with the other kids at family get-togethers. Elisa has had to watch Mary Poppins more than a dozen times with Maddie, so it had better still be her favorite movie, because Elisa still has "Let's Go Fly a Kite" stuck in her head